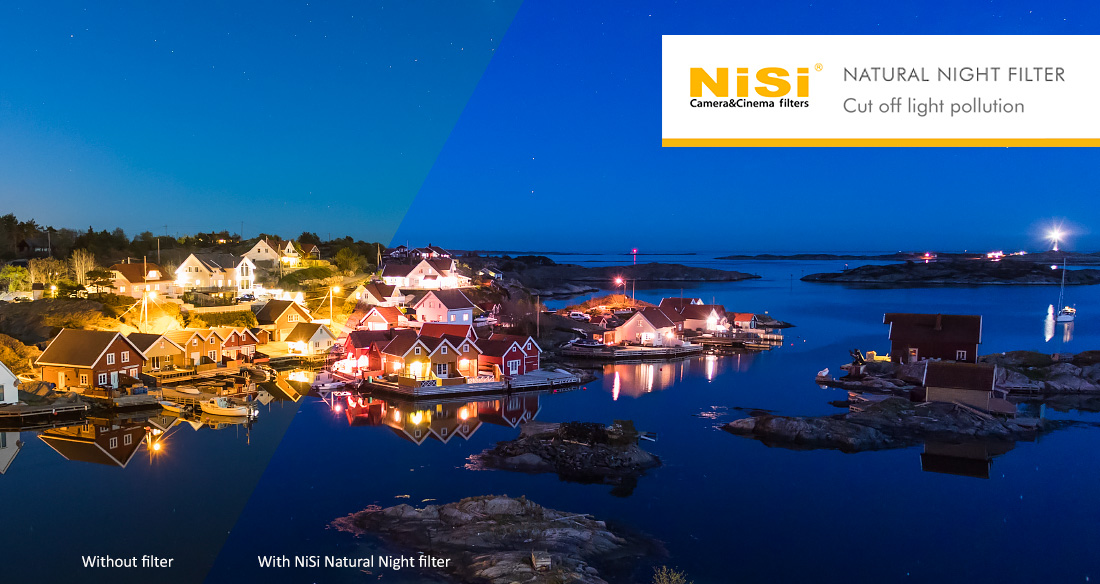 Nisi Filters released the new Natural Night filter. This filter is designed to reduce light pollution on night pictures. Light pollution is a big problem for photographers who enjoy capturing clear starry skies near big cities, or in the city itself. The yellow glow from street lights reduces the visibility of the stars and adds a uniform yellow colour to the picture. It appears the staff at Nisi Filters have found a solution to this problem.

When I first read about this filter I thought “this is too good to be true”. However, after seeing some sample pictures taken with Natural Night filter my scepticism slowly shifted toward curiosity. I thought… “what if it really is possible to eliminate light pollution and have the opportunity to take clear night pictures near light polluted places”? This would mean we wouldn’t have to drive crazy distances to enjoy night photography! We could use our existing favourite shooting spots. All sounding too good to be true, I was eager to test this for myself.  A few days ago, I received this filter so I put it to the test immediately.

At this point in southern Norway, the nights are very short and soon they will completely disappear until autumn. However, after midnight it is still quite dark now. I was able to get out and do some testing near my hometown, Kristiansand. It is a small city with a population of 89000, so it is not the worst for light pollution. That being said, the effect of Nisi Natural Night filter was clear to see.

Here we have a scene showing the beautiful small houses on the island of Flekkerøy which is a few kilometres outside of Kristiansand. The picture with the Natural Night filter you can see there is a significant improvement in the colours throughout the whole scene. The yellow colour is gone, and I could capture the true colours of individual buildings. Also, the light pollution glow on the horizon from the city is reduced. 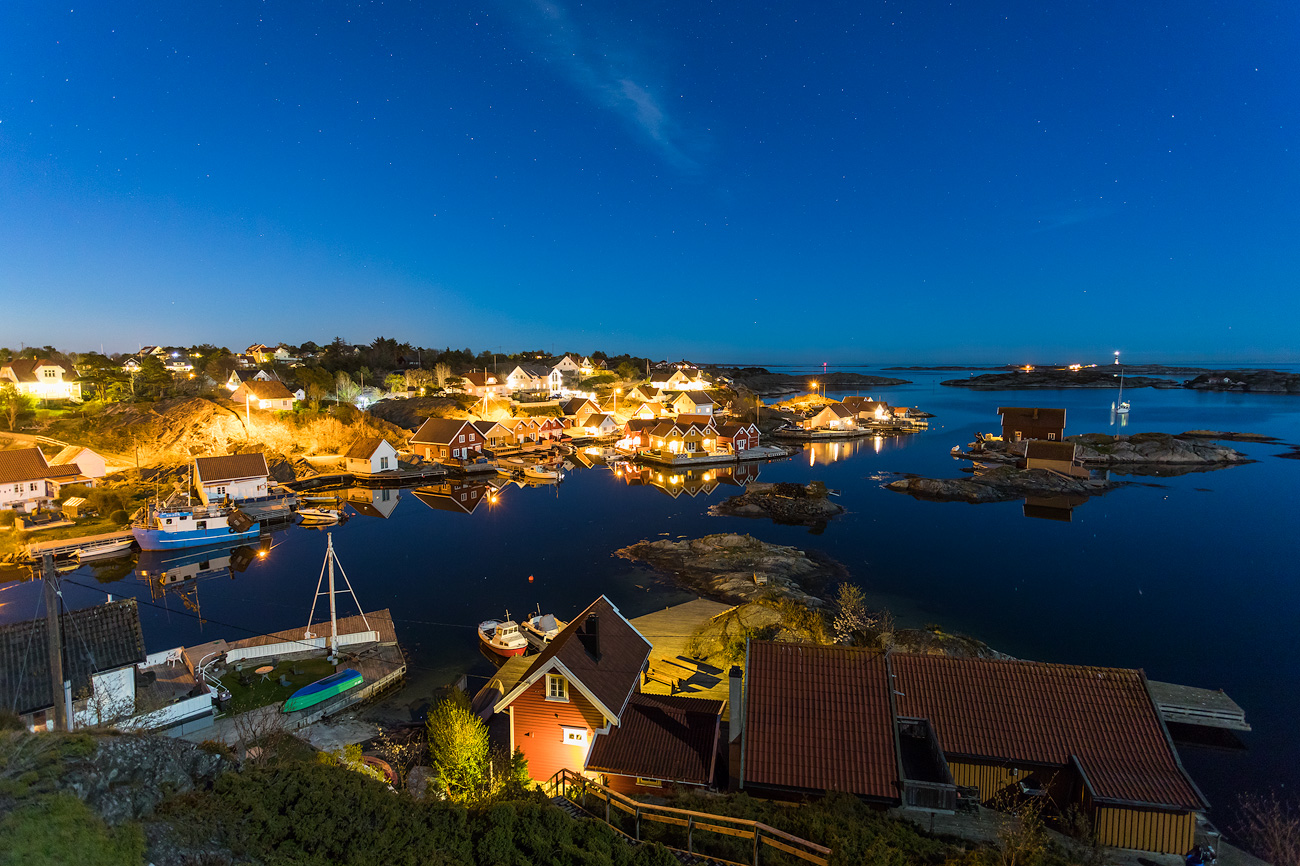 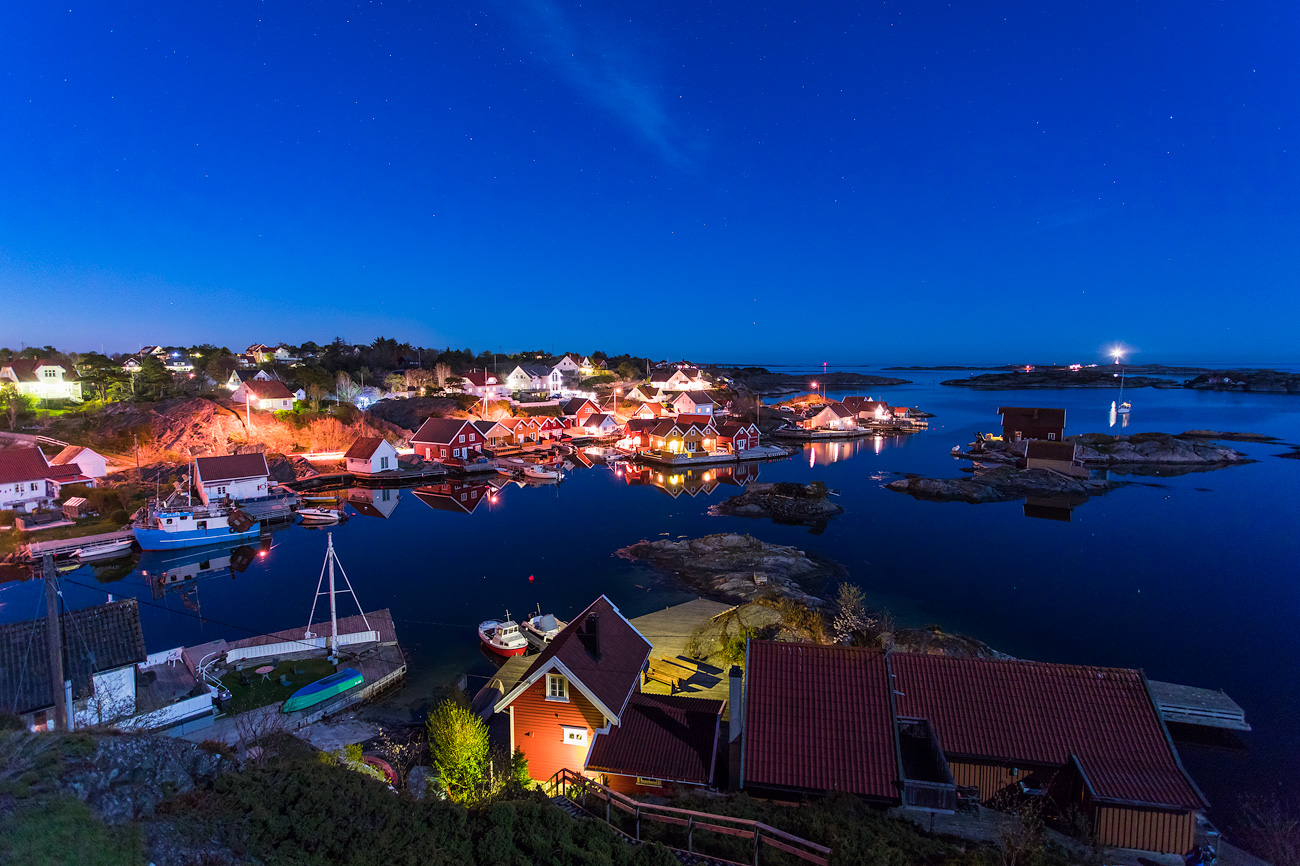 Here is another example taken close to the city centre. As before, the colour of the buildings is much more distinct and the night sky is a lot clearer thanks to the reduced light pollution. 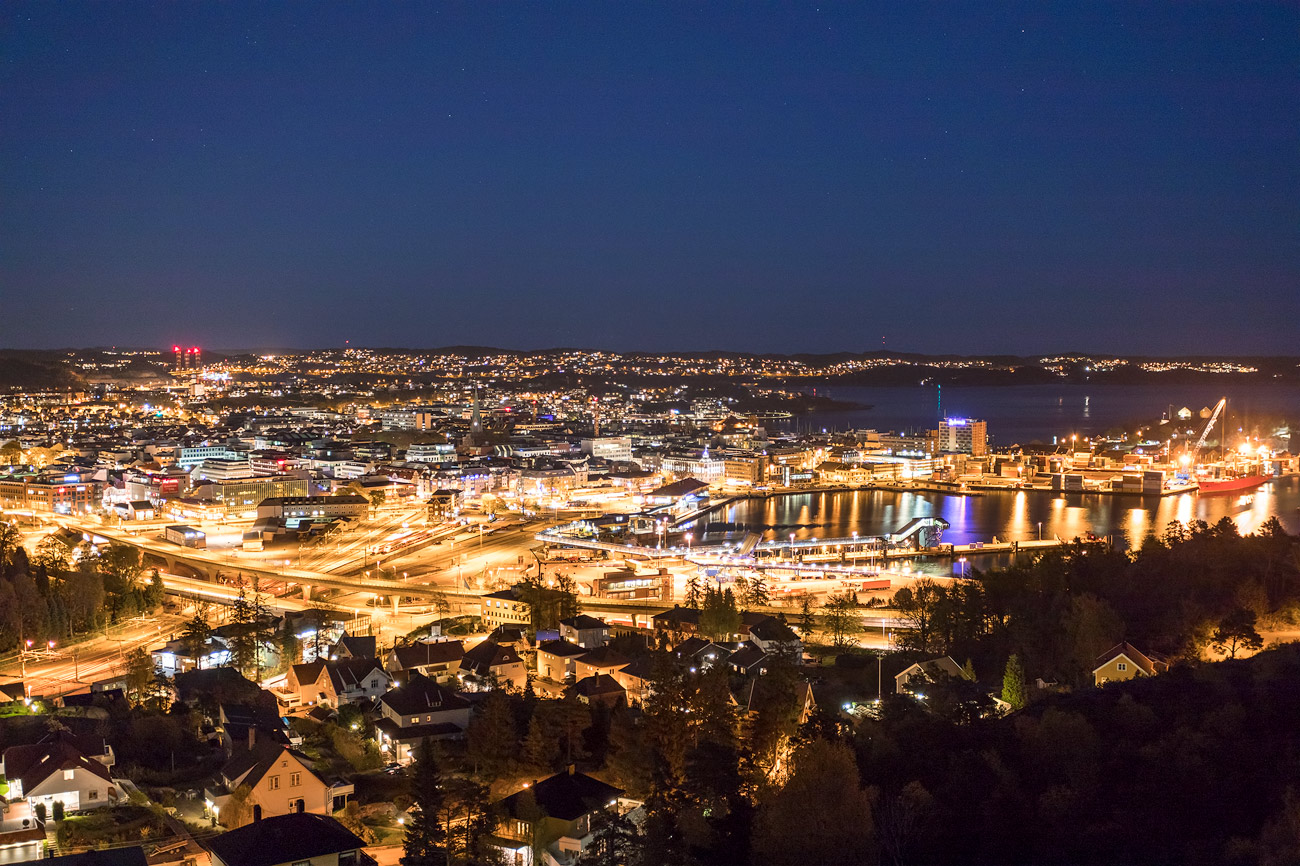 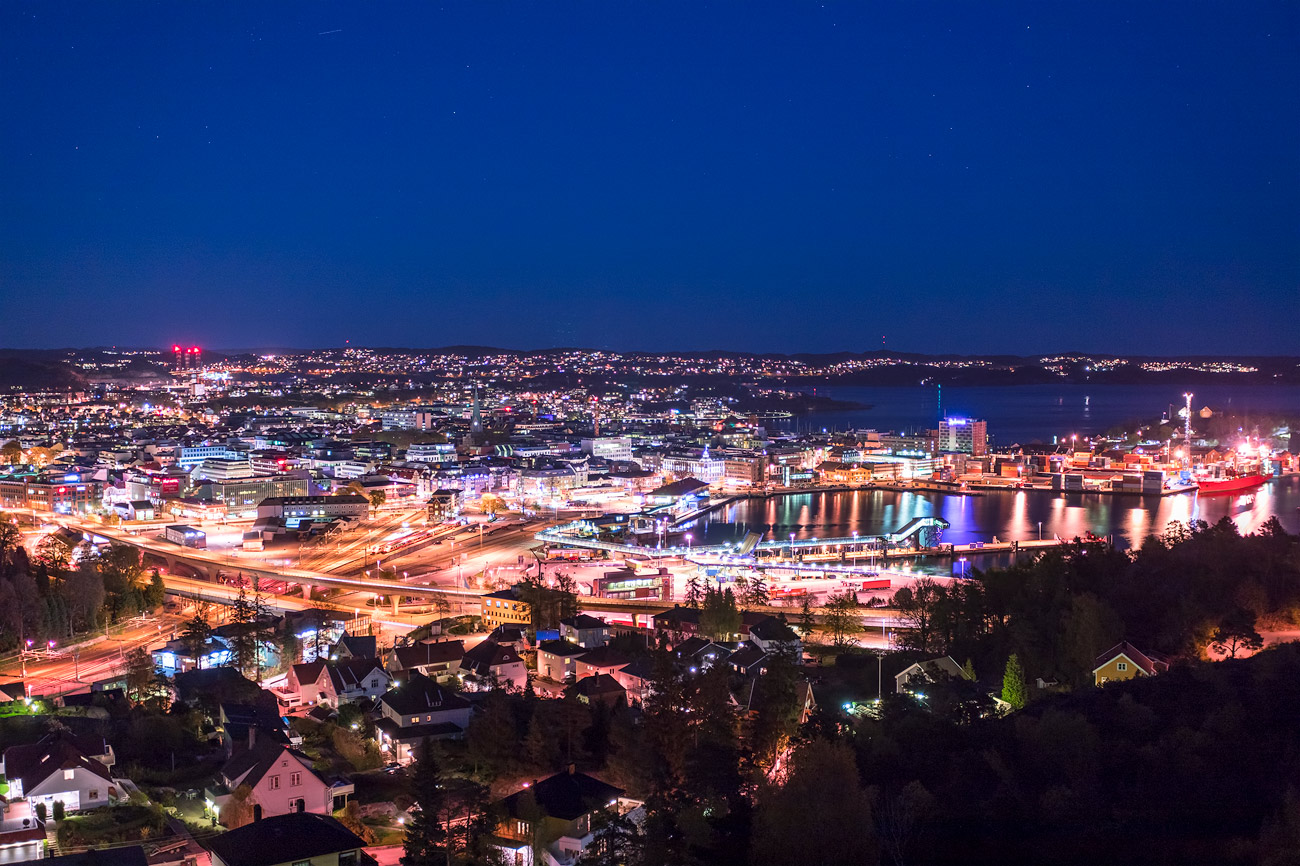 All pictures were captured with the same parameters, and have had the same basic adjustments made within Lightroom. The filter darkens the image by approximately 0,5EV. Adjustment for this was also made in Lightroom by adding 0,5EV on the exposure slider.

Next I would like to test the filter to see how it handles light pollution in dark sky locations. What kind of impact does it have on the Milky Way for example! For this I will have to wait a few months until autumn when the sky will once again be dark!

Many people would say the effects given by the NiSi Natural Night filter are possible by adjusting white balance in post-production (getting rid of the yellow colour from the streetlights). Sure, this can be done to a certain degree. However, you get much more colour information in the RAW file in the pictures taken with the filter. They are cleaner straight from the camera. I have tried to achieve similar effects within Lightroom on the pictures without filter, they were never as good, especially the colours.

So, does the Nisi Natural Night filter really work? Yes, to me it is very clear that the filter is blocking a big amount of light from the streetlights and is reducing the light pollution glow. Also, the filter greatly improves the overall colour of the picture. I had not expected to see such a big improvement in colour and for me this was a very nice surprise.

If you are a photographer who is struggling with the light pollution problem, or like to capture cityscapes at night, this filter is definitely for you. It will save you a lot of time during post processing and will greatly improve the colours on your night pictures. 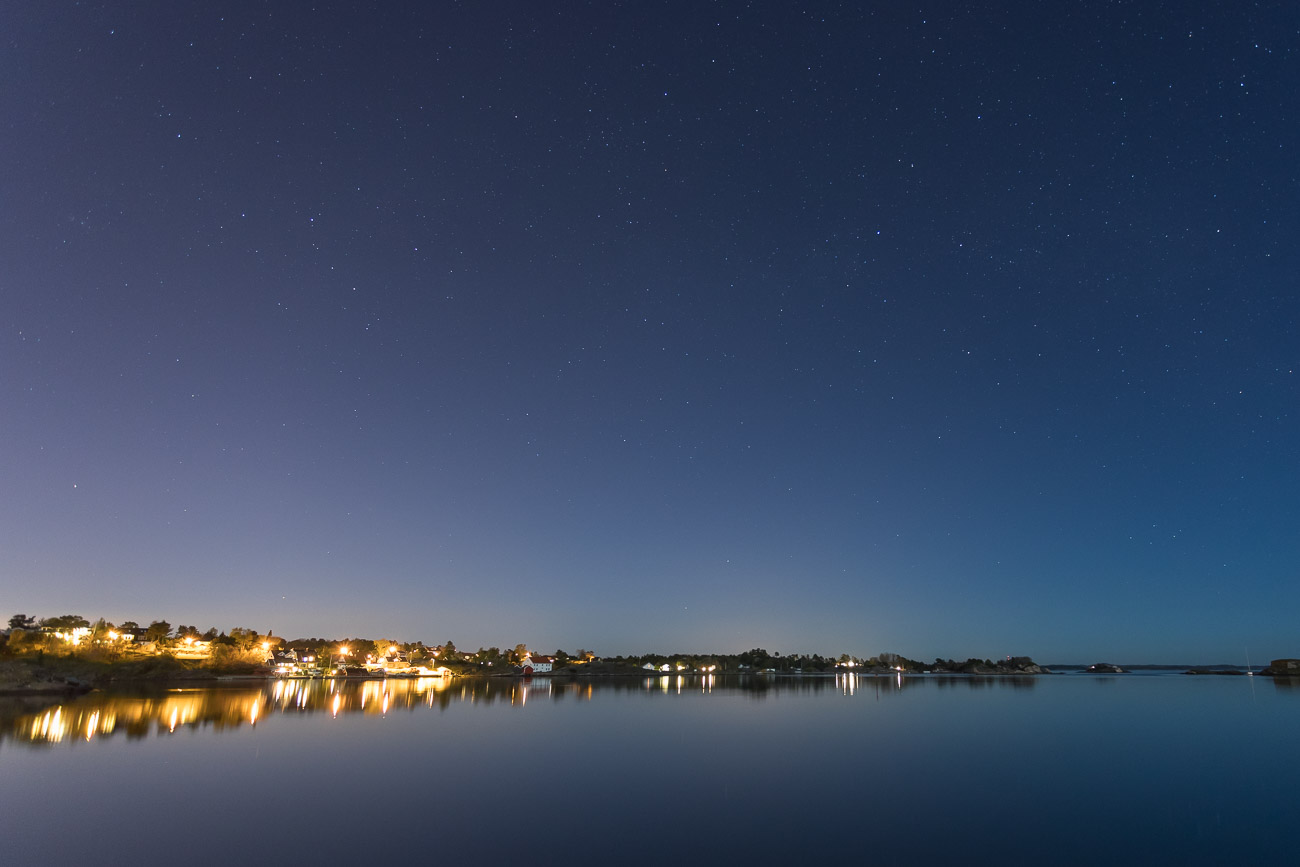 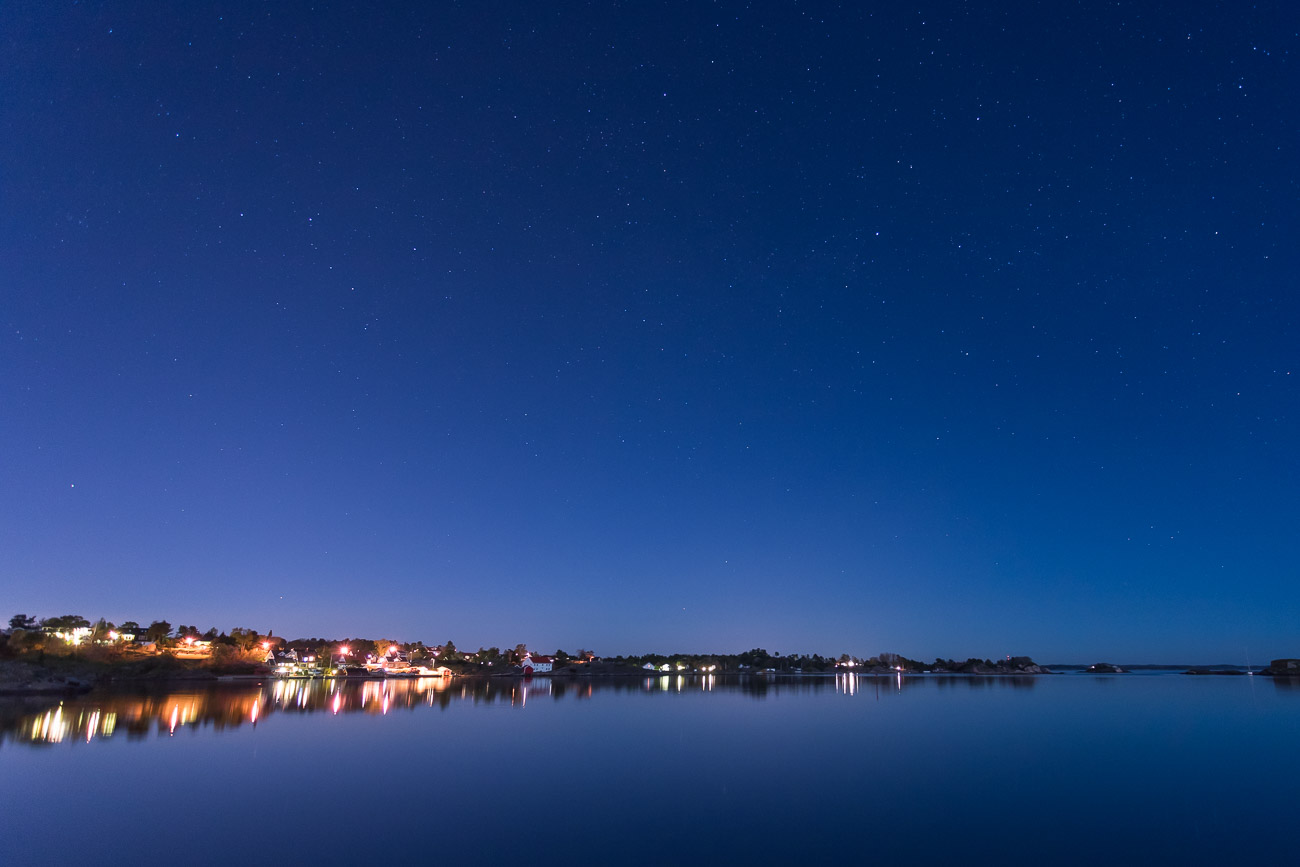 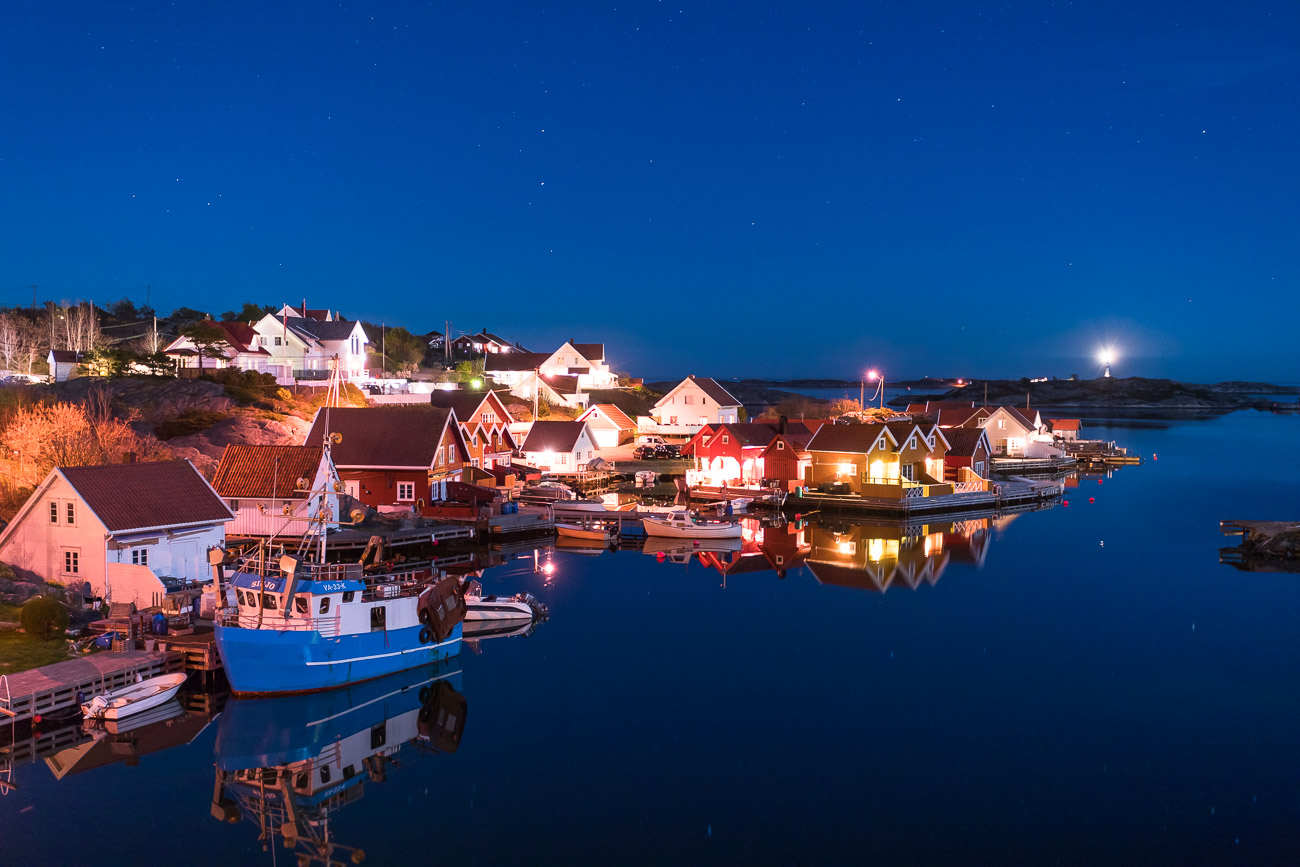 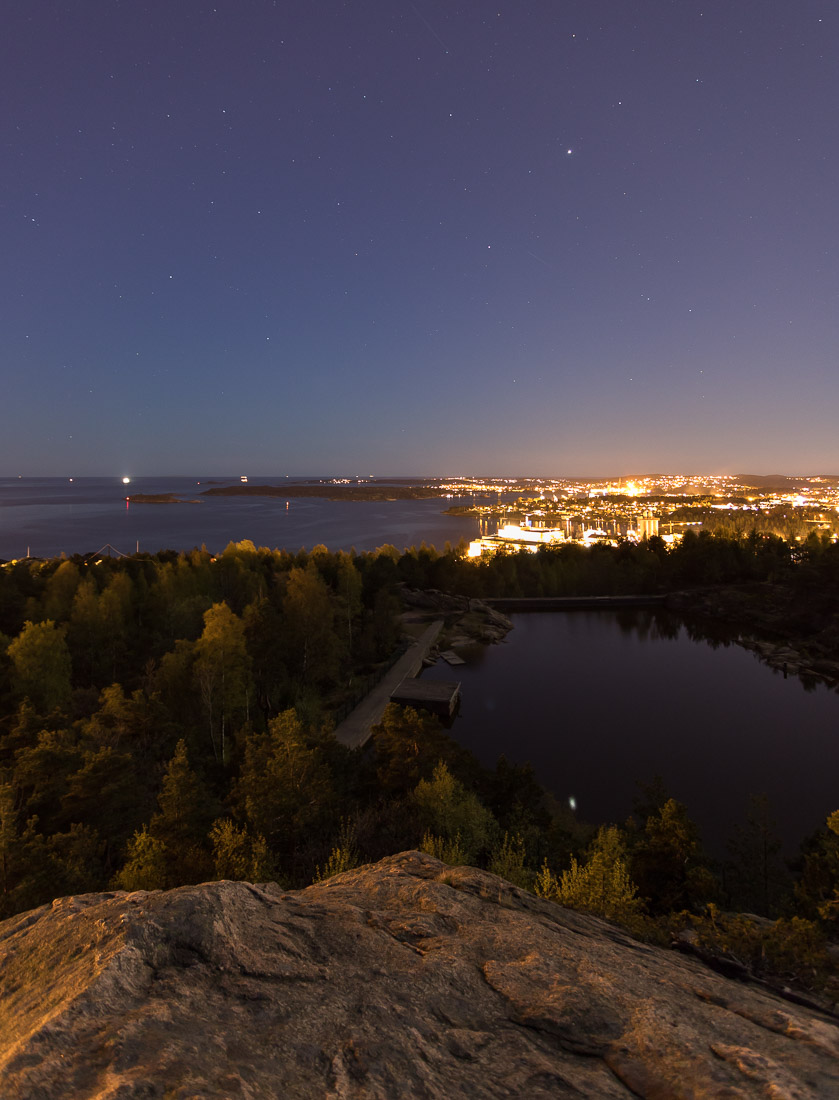 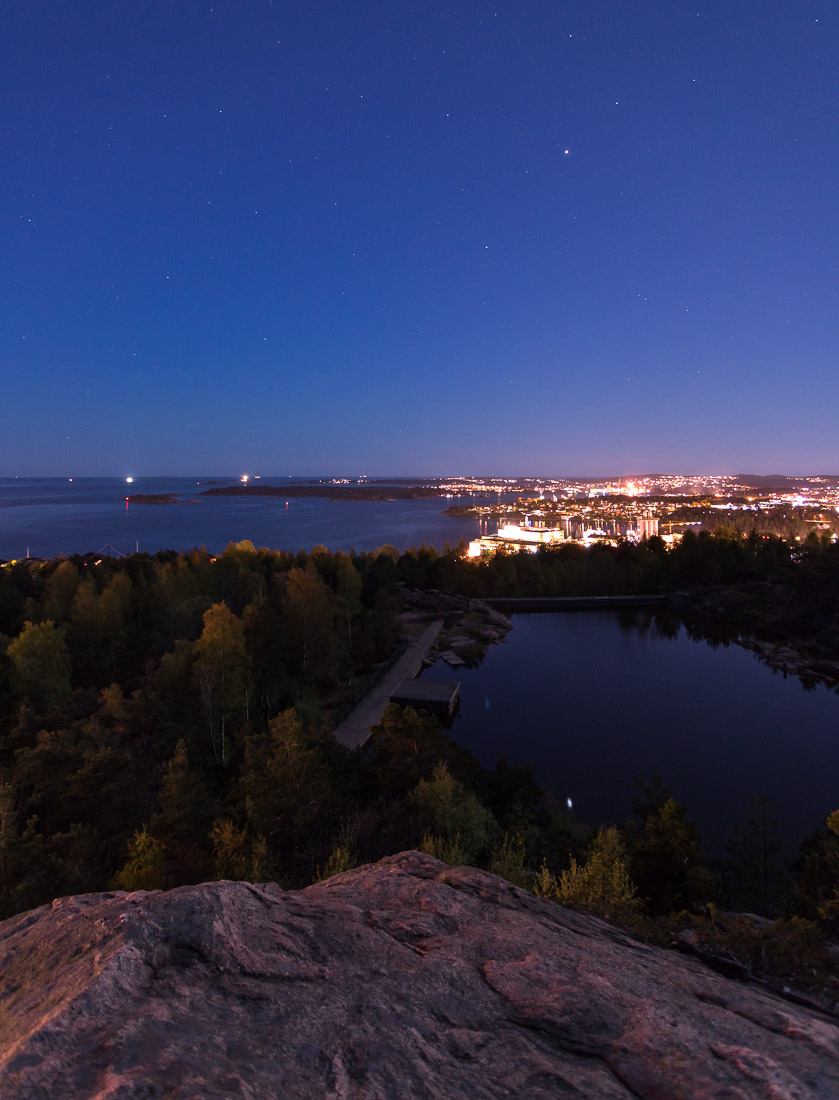 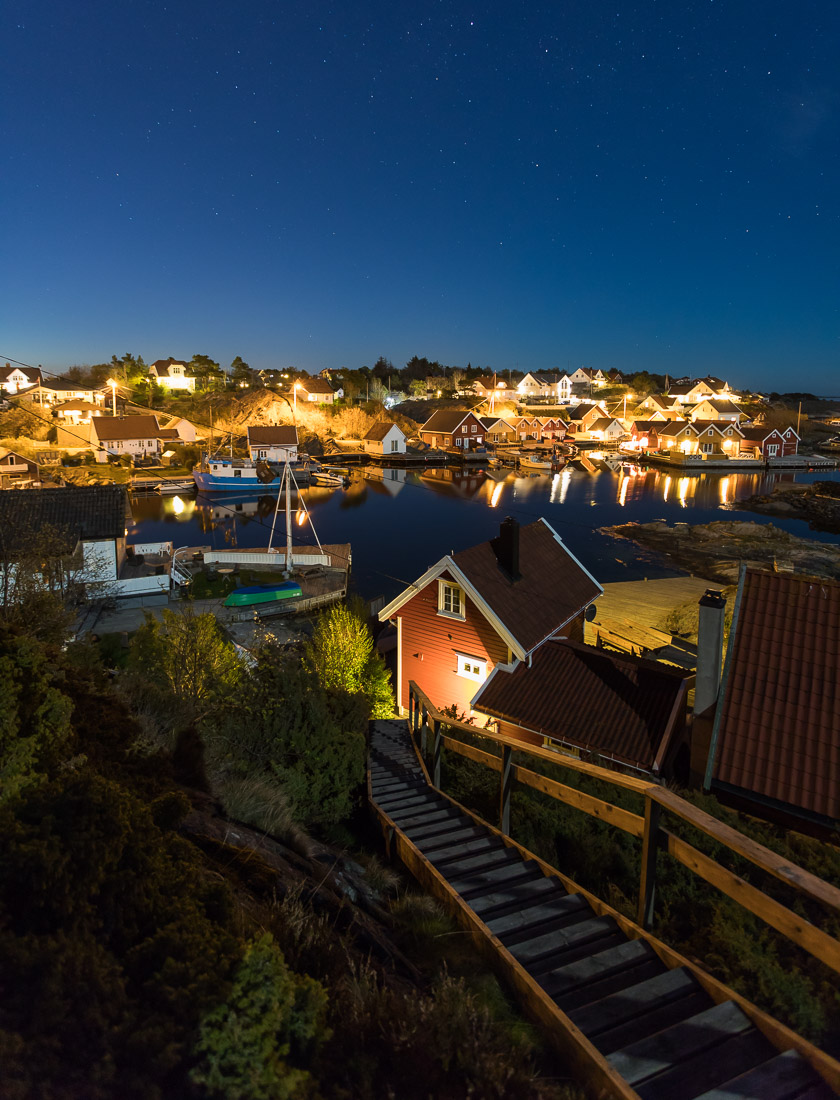 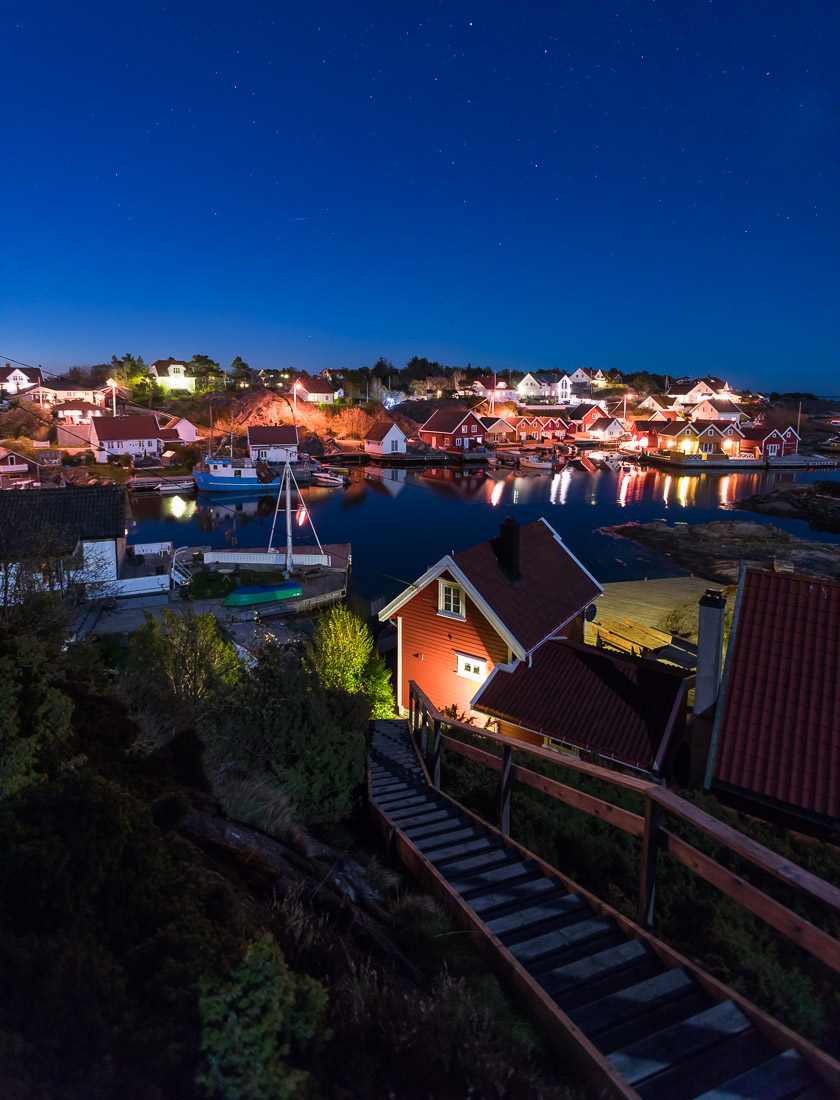